Activity monitors continue to evolve and deliver more functionality in small wearable form factors. State-of-the-art devices have a variety of sensors such as accelerometers, altimeters, and light sensors for measuring steps, stairs climbed, and heart rate. A low-power host microcontroller interprets the data and displays information on the device or sends the information over Bluetooth® Low Energy (BLE) to a paired phone. Creating a small wearable device has many challenges, most of which center around the efficient use of space and power. With proper power management the device lasts longer between charges which also reduces the size of the battery needed. Figure 1 shows a typical block diagram for an activity monitor with a display and heart rate monitor (HRM). 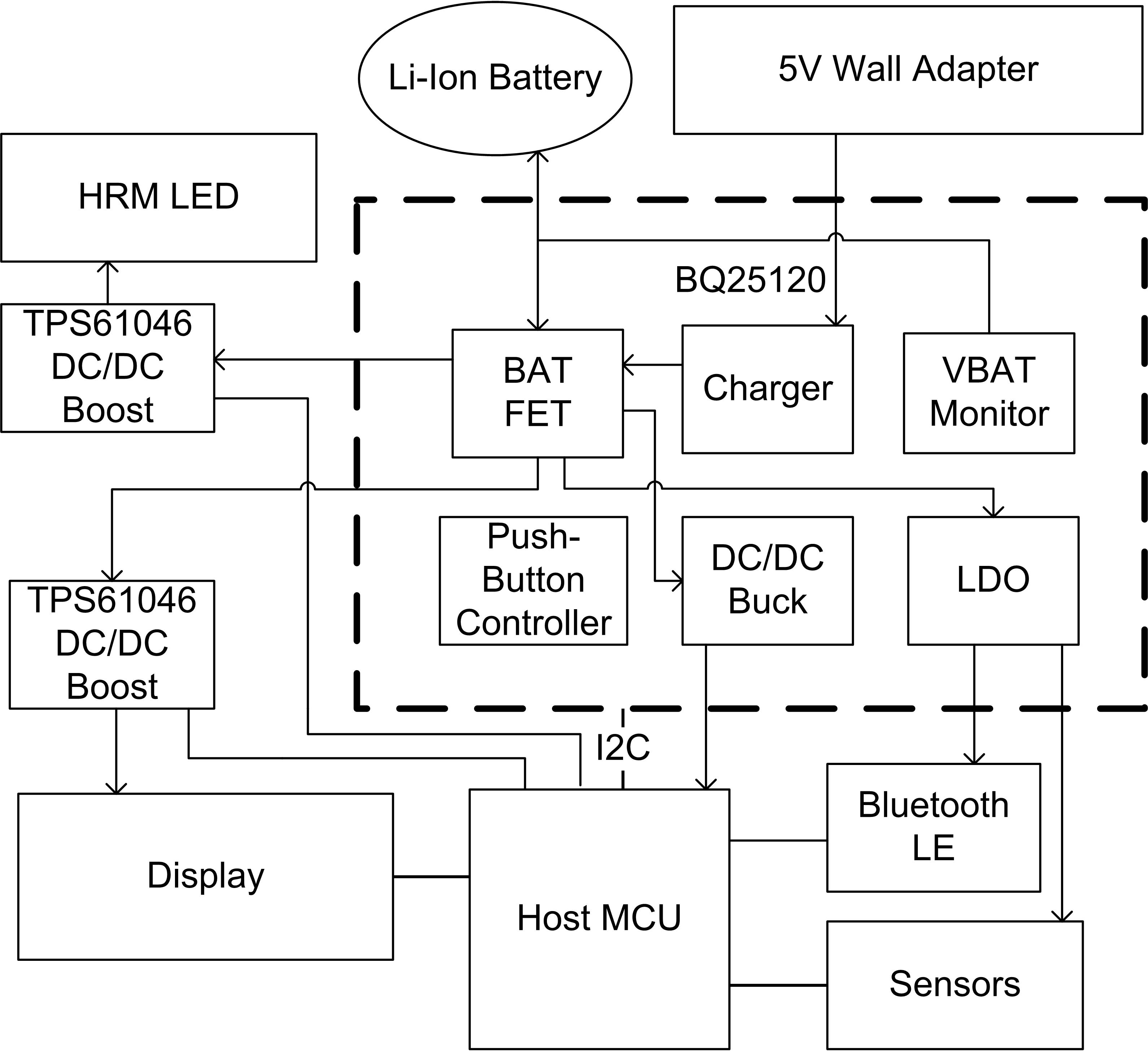 Figure 1. Typical block diagram for an activity monitor which contains a display and heart rate monitor.

Since an activity monitor is always on, the main host microcontroller must be powered at all times. To do this, it is important to consume as little power from the battery while still providing the regulated supply voltage to the MCU. The buck converter is the most important feature for low Iq system operation. Integrating the buck converter with other key functions allows the whole battery management power architecture to be optimized for low Iq while reducing the total solution size.

For example, a buck converter such as the bq25120 is a complete battery management solution. This device includes all the required power management functions including a 300 mA linear charger with programmable charge current, termination down to 500 uA, battery voltage regulation, simple voltage-based battery monitor, low IQ buck converter, and a configurable load switch or low-dropout voltage regulator (LDO).

This particular device has an integrated low IQ DC/DC buck converter that supplies 1.8V to the host while consuming less than 750 nA at no load. This enables efficiencies of greater than 75 percent at 10 uA loads (Figure 2). If a second high-efficiency, low IQ DC/DC output is needed, a discrete step-down buck converter similar to the TPS62743 can be added to the system.

Whereas a buck converter is needed to convert the battery voltage to the lower voltage rails needed by the microcontroller, sensors and BLE radio, a boost converter is required to generate the higher voltages needed for the display and some types of subsystems, such as heart rate monitors. Being a wearable device, a very small size with high efficiency is needed. However, the quiescent current of these systems is not critical since the sub-system is either completely disabled or enabled with some relatively heavy load.

For example, the display is either completely off when not being looked at or on when being viewed by the wearer. When on, the load current required by all display types is at least several milliamps. This is high enough to be out of the range where the quiescent current dominates (2). Thus, efficiency is the key parameter instead of simply IQ.

When the display is off, the shutdown or leakage current is critical. This is current flowing into the device, and possibly the load, when the boost converter is off. In a standard boost converter, there is a path from the input voltage to the output voltage through the rectifying diode. Being a diode, this path cannot be opened without extra circuitry. A boost converter such as the TPS61046 specifically includes this circuitry, the isolation switch shown in Figure 3, in order to completely eliminate any leakage current flowing from input to output. Such a disconnect switch is absolutely required to achieve a specification of 100 nA for current consumption when in shutdown in order to extend the system’s battery runtime. 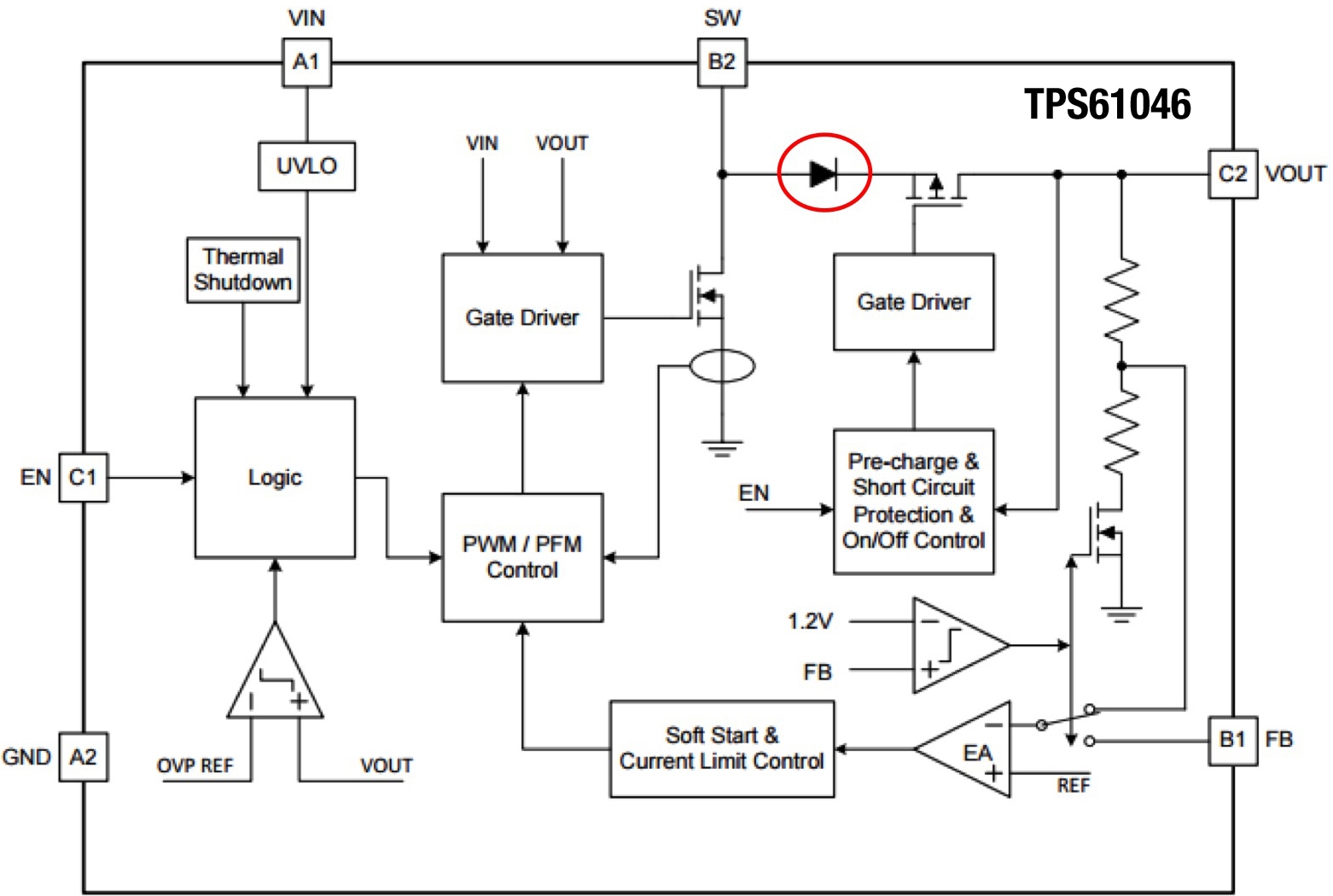 Ultra-low power optimized power management is especially important for all wearable devices. Depending on the specific power rail, either the quiescent current or shutdown current are critical parameters. For sub-systems which are always on, such as the MCU, low IQ is critical. However, for sub-systems which are turned on and off, such as HRMs, displays, and the BLE radio, shutdown current is more important. In many cases, shutdown current is so important that a load switch is implemented to keep this leakage current at extremely low levels. Whatever the ultra-low power challenge, the high integration levels of modern wearable-optimized devices provide a compelling system solution.