KDPOF now provides their optical connectivity technology for Integrated Smart Antenna (ISA) Modules. An ISA consists of several antennas for signal reception, an Antenna Hub, and an Ethernet connection to the consumers of the antenna signals such as a radio device. If each of the several antennas in a car is routed to its respective ECU with its own cable, soon the complexity will be unacceptable.

The Antenna Hub routes all signals from each antenna to an Ethernet network connected to all receptors of the signals. Gigabit Ethernet over POF (GEPOF) is ideally suited for the Ethernet connection due to its natural EMC-free property. “If the roof is not metallic, or has openings, in conventional systems an immense amount of energy is radiated by the coaxial cable that is coupled back into the ISA. This seriously degrades the ISA performance,” explained Carlos Pardo, CEO and Co-founder of KDPOF. “Replacing the coaxial cable with POF completely solves this issue.” KDPOF will present their GEPOF technology at IEEE-SA Ethernet & IP @ Automotive Technology Day on October 31 to November 2, 2017 in San Jose, California, United States.

The EMC problem-free link also allows simple re-positioning of the antenna module. Another advantage of optical connectivity for Smart Antenna Modules is the easy integration with current 100 Mbps designs thanks to the host bus of the GEPOF transceiver being “Ethernet compliant” (SGMII/RGMII). Furthermore, the data link will aggregate various packets such as LTE-A, Wifi, V2x, etc. Last but certainly not least, with the current 100 Mbps BroadReach or 150 Mbps MOST not being sufficient, a 1 Gbps Ethernet link is needed. Going one Gigabit and beyond, GEPOF is futureproof. 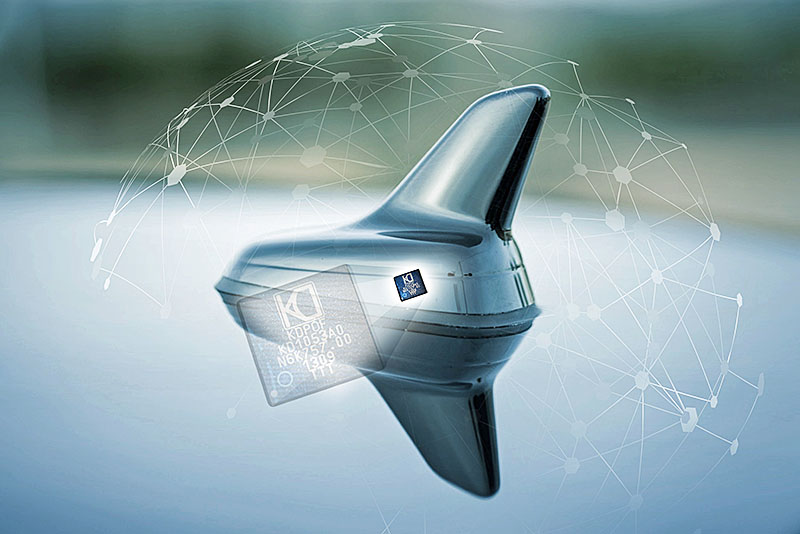