Which countries around the world have the greatest enthusiasm for self-driving cars? A survey carried out by the World Economic Forum in conjunction with the Boston Consulting Group has revealed that developing nations are most eager to try self-driving cars. 85 percent of people in India and 75 percent of Chinese respondents said they were very likely or likely to try one. People in Germany and Japan were far less enthusiastic. Interestingly, while 58 percent of global respondents stated they would try a driverless car, only 35 percent would let their children ride alone in one. 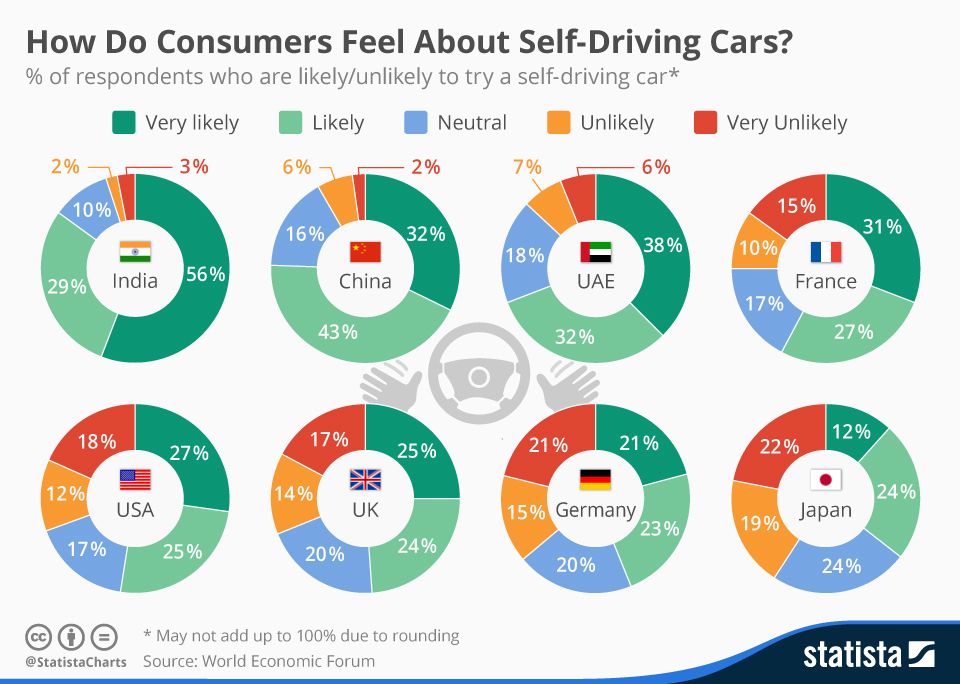