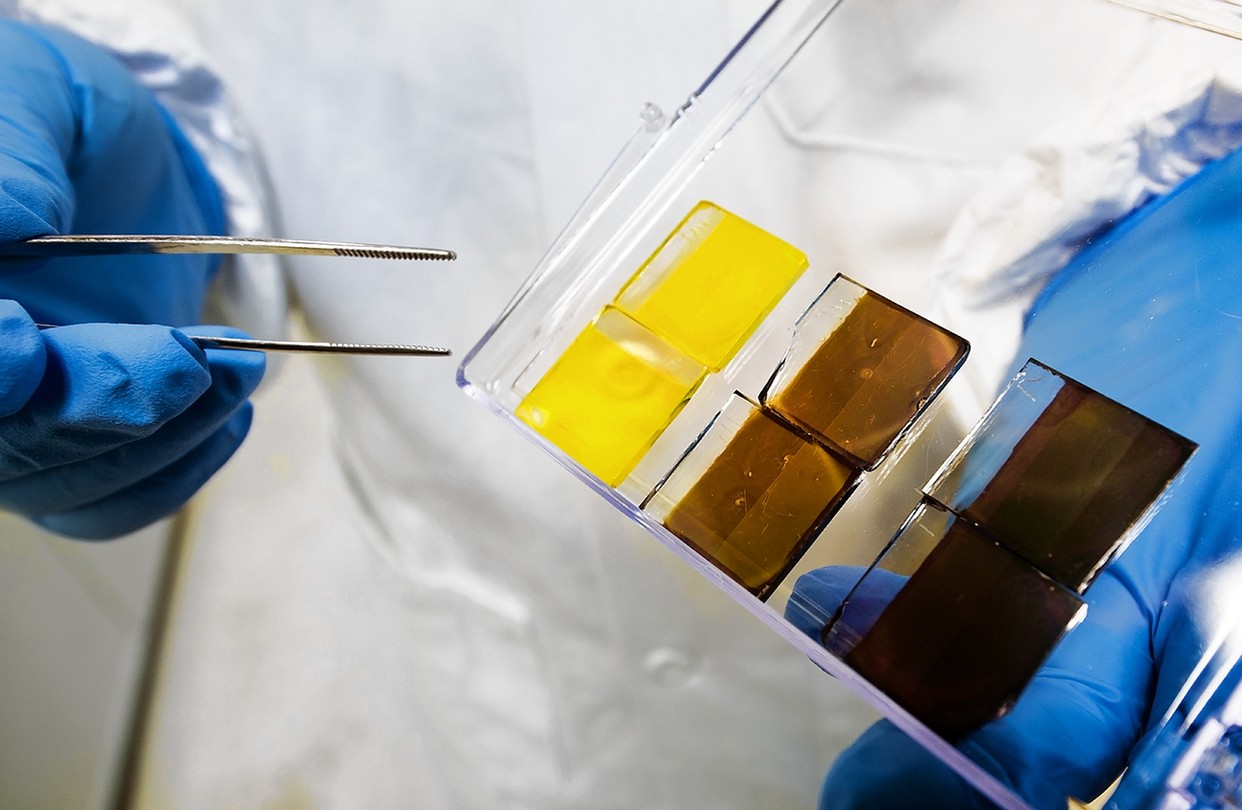 Scientists at the Energy Department’s National Renewable Energy Laboratory (NREL) have demonstrated a way to significantly increase the efficiency of perovskite solar cells by reducing the amount of energy lost to heat.

A paper on the discovery, “Observation of a hot-phonon bottleneck in lead-iodide perovskites,” was published online this week in the journal Nature Photonics. The research also will appear in the January print edition of the journal.

Present-day photovoltaic cells can only effectively utilize about a third of the available energy, with another third lost to heat and the rest lost to other processes instead of being converted to electricity. The NREL research determined that charge carriers created by absorbing sunlight by the perovskite cells encounter a bottleneck where phonons (heat carrying particles) that are emitted while the charge carriers cool cannot decay quickly enough. Instead, the phonons re-heat the charge carriers, thereby drastically slowing the cooling process and allowing the carriers to retain much more of their initial energy for much longer periods of time. This potentially allows this extra energy to be tapped off in a hot-carrier solar cell.

The theoretical limit of how much solar energy perovskite cells can convert to electricity if the hot-carriers are utilized could climb from about 33% to 66%. Additional research is needed, including tests on perovskites made from other materials.

Perovskites are a class of materials of enormous importance and have been proven valuable in various technologies from microelectronics to superconductors. Perovskites have only recently been demonstrated to be useful in solar applications. Solar cells made from the perovskite material studied at NREL steadily increased their efficiency at converting sunlight to electricity from 3.8% in 2009 to more than 20% today.