As we are heading for what many expect to be a driverless future of transportation, many companies are currently involved in a technological race to a build a fully autonomous vehicle. Artificial intelligence has evolved so rapidly in recent years that driverless cars are no longer science fiction these days. In fact, autonomous vehicles have test-driven millions of miles on public roads in the United States in recent years with remarkably few albeit tragic accidents on record.

California, a hotspot for self-driving research and development, recently published a list of how many autonomous vehicles are currently registered for test-driving in the sunshine state. Surprisingly Apple, an industry outsider, is second on that list with 55 vehicles approved for testing on California’s public roads. The Cupertino-based company hasn’t done any autonomous test-driving last year, according to the DMV’s database of mandatory autonomous vehicle disengagement reports for 2017.

Companies testing self-driving cars in California are obliged to report annually how many miles their vehicles have driven in autonomous mode and how often the backup driver had to take control. Waymo, formerly known as Google’s self-driving car project, is the only known company to have applied for test-driving on public roads without a backup driver. 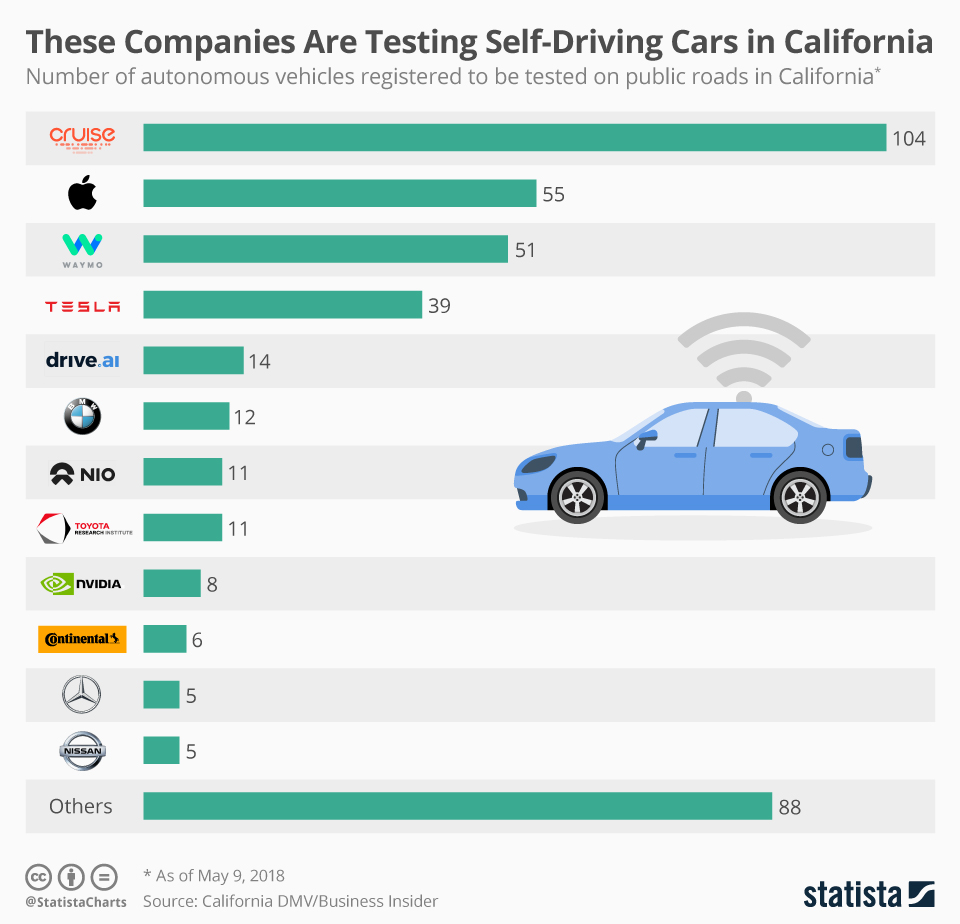