Watch out, Valentino Rossi. This robot is coming to steal your Grand Prix titles.

The bot made a shocking reveal at the Tokyo Motor Show today, riding Yamaha’s 1000cc R1M, where it actually warned Rossi, “I was created to surpass you.” 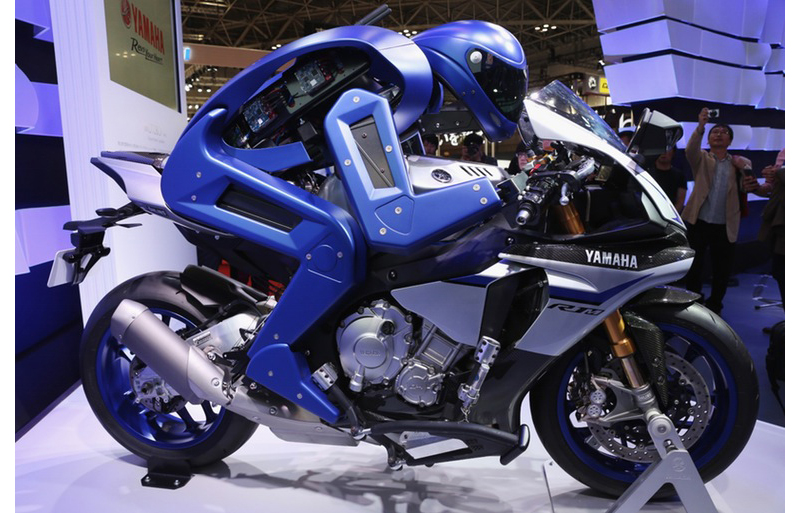 Obviously a prototype robot can’t compete with a nine-time world champion motorcycle racer like Rossi, but if Motobot learns everything about him, it may eventually be able to catch up.

R&D is currently underway with the goal of developing the robot to ride an unmodified motorcycle on a racetrack at more than 124 mp/h (200 km/h).

Yamaha doesn’t just want to put speeding robot-riders on the roads, but rather, learn from Motobot to further develop their existing products.

Controlling complex motions at high speeds requires a variety of control systems that must function with a high degree of accuracy.  Meaning, one wrong move and this robot’s a goner. What Yamaha wants to do is take what they learned in the process of building Motobot, along with the fundamental technology, and apply it to their current advanced rider safety and rider support systems to make driving safer, much like the systems we’re seeing be developed in automobiles.

Yamaha also hinted Motobot could be used to pioneer new lines of business. Does this mean we could see autonomous motorcycles (sans robots) sharing the road with driverless cars in 2020?

Before that happens, I’d love to see this thing at Sturgis next year, doing some laps around Broken Spoke’s dirt track.