A recent study from the Consumer Technology Association and published by Marketing Charts has provided an overview of the most common tech devices present in American households. For the first time, the three most-frequently owned tech products are all screen devices with the television in first place. It still remains highly ubiquitous and it’s present in 96 percent of households. The unstoppable rise of the smartphone has seen ownership hit 87 percent while the laptop rounds off the top-three with 72 percent penetration.

Elsewhere on the list, emerging tech products are seeing their ownership rates soar, though they still have a long way to go to catch up with the mainstream products at the very top. Smart speakers have a household penetration rate of 22 percent while the smart watch has 18 percent. 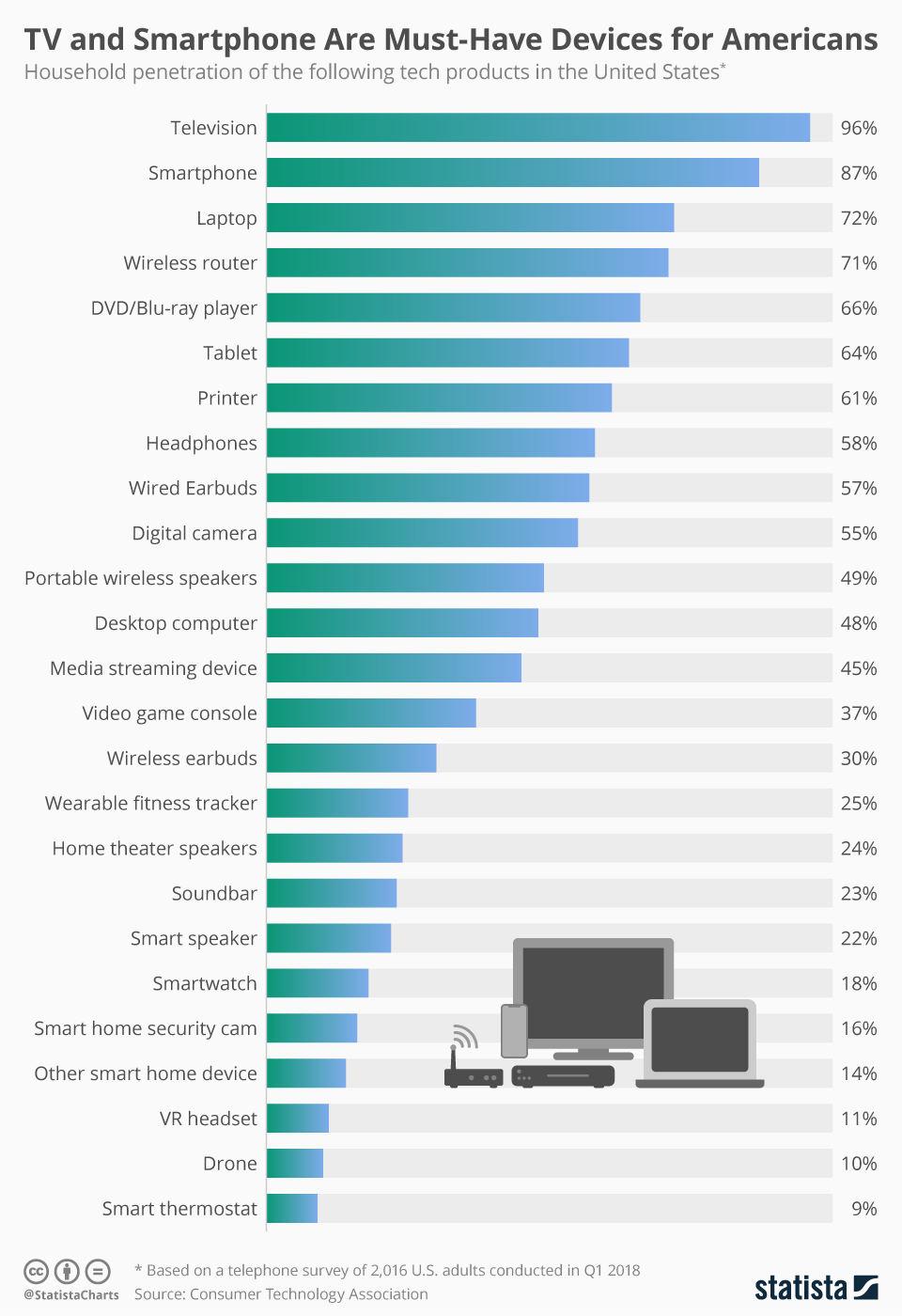