Device and solution developers in the IoT and smart home space have become quite excited about a new concept that is getting a lot of traction. Smart Home a Service (aka SHaaS) offers solutions to three of the biggest challenges that have slowed down the growth of the smart home market:

But first, what is SHaaS? It is simple. Instead of consumers being responsible for selecting, installing, maintaining, upgrading and programming their smart home devices, service providers do it for them. This could be a typical service provider, like a telco, cable TV or internet service providers, who are already doing this to some extent and already have ongoing billing relationship with home owners. It could also be large retailers who already have a portfolio of home services and could easily expand. It could also be large utilities as well as small regional start-ups who see the market potential to provide smart services. 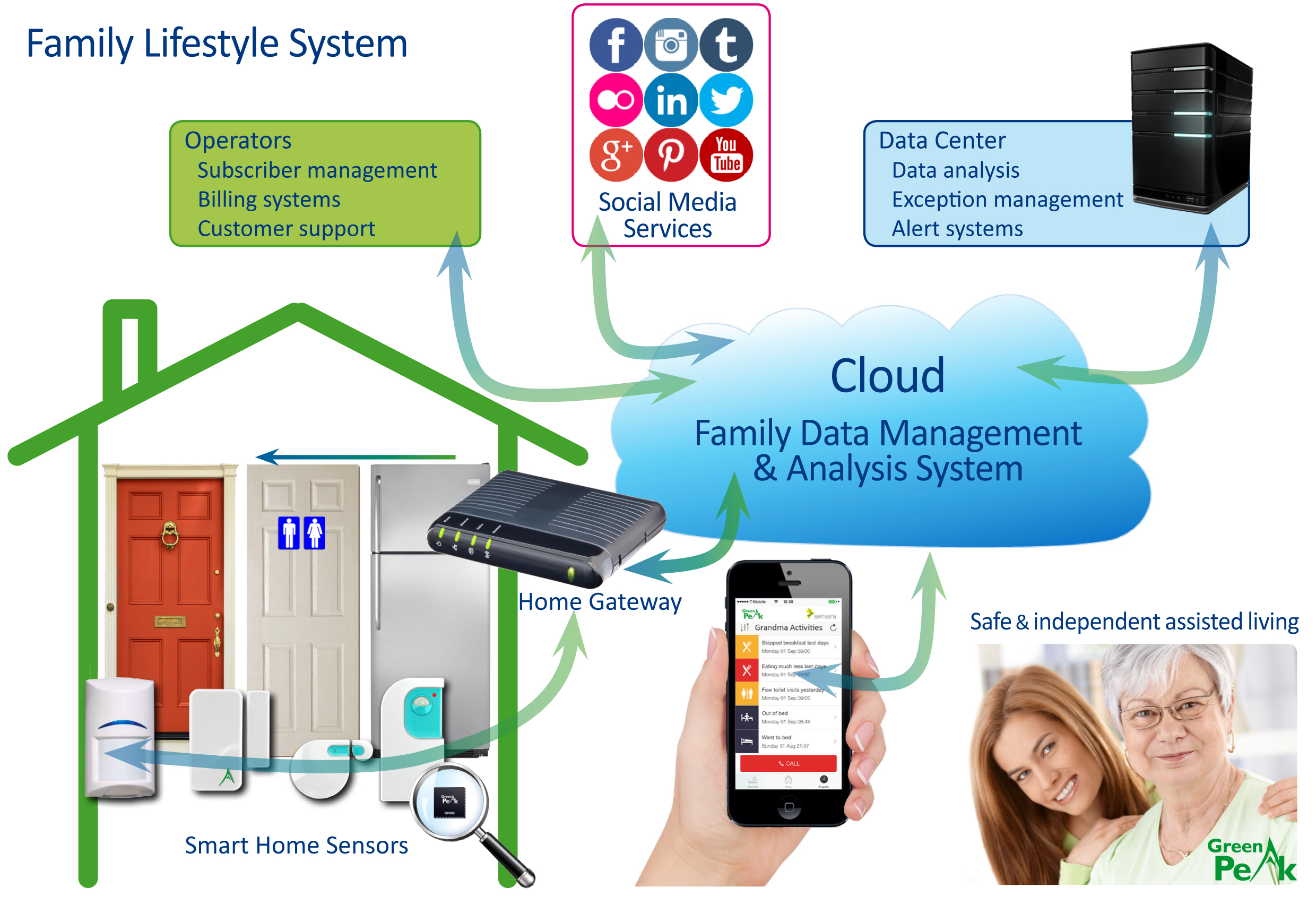 The Smart Home as a Service combines web intelligence, smart home sensors, data centers, with intelligence living in the cloud – all administered by service providers.

Solving the connectivity problem, the War of the Battling Standards.

Developers and end users are often confused and befuddled by the numerous emerging options for connecting wireless smart home devices within a house. Many of them wonder why many of the world’s largest tech companies are busy developing, promoting and marketing new wireless “standards” when the three existing standards are well established, and not only work well now, but can handle future technology challenges.

Wi-Fi, Bluetooth and ZigBee have been around for years – for a decade or more – and work fine. Wi-Fi is perfect for high bandwidth wireless applications like video streaming, music, etc. Bluetooth is a great cable replacement technology. It is efficient and low cost and can easily handle communications for all kinds of low data rate applications like wearables, device input and output and even music streaming. ZigBee was developed to handle a wide variety of low data rate – battery operated networking applications like home sensor networks, security systems, environmental controls, etc. All of these technologies are mature, affordable and are well established in the industry – not only with manufacturers but also with consumers.

However, over the last couple of years, the tech industry leaders have begun an arms race, battling each other to become THE “smart home tech company” – THE “IoT tech company”. Apple, Google, Intel, Samsung, Mozilla, Microsoft, Qualcomm, and many others are all battling each other, developing rival “standards” for connecting wireless devices in the home. The ironic factor is that all of these “standards” do the same thing, more or less in the same way, and don’t really offer any major performance advantages over each other, or over the three “old” standards – Wi-Fi, Bluetooth and ZigBee.

This battle has confused the market, has confused consumers and has confused those who actually make the devices. Should they design and make overly expensive devices that will work with all of these new emerging standards? Or should they bet on one and hope that technology lasts for a while? This battle, similar to the battles for the earliest WLAN and networking technologies decades ago, is severely impacting the growth of this industry.

The second issue is that many device developers, in their rush to get into the smart home market, are essentially just adding an internet connection to their existing devices. Appliances, AC and heating, lighting, home security – the list goes on and on. By developing stand-alone, proprietary connectivity connections, they are avoiding the issue of battling standards. However, what can happen is that each connected device may require their own hub connected to the house’s internet hub as well as their own app on the smartphone or tablet.

With SHaaS, all of these services can be consolidated into a single hub – or even using the existing gateway or router – to handle the various services throughout the home. Even better for the consumer, instead of numerous smart home apps cluttering up their smartphone screen, they get a single app – a consolidated dashboard – with a single easy-to-use operator interface for all of the home services they decide to implement. 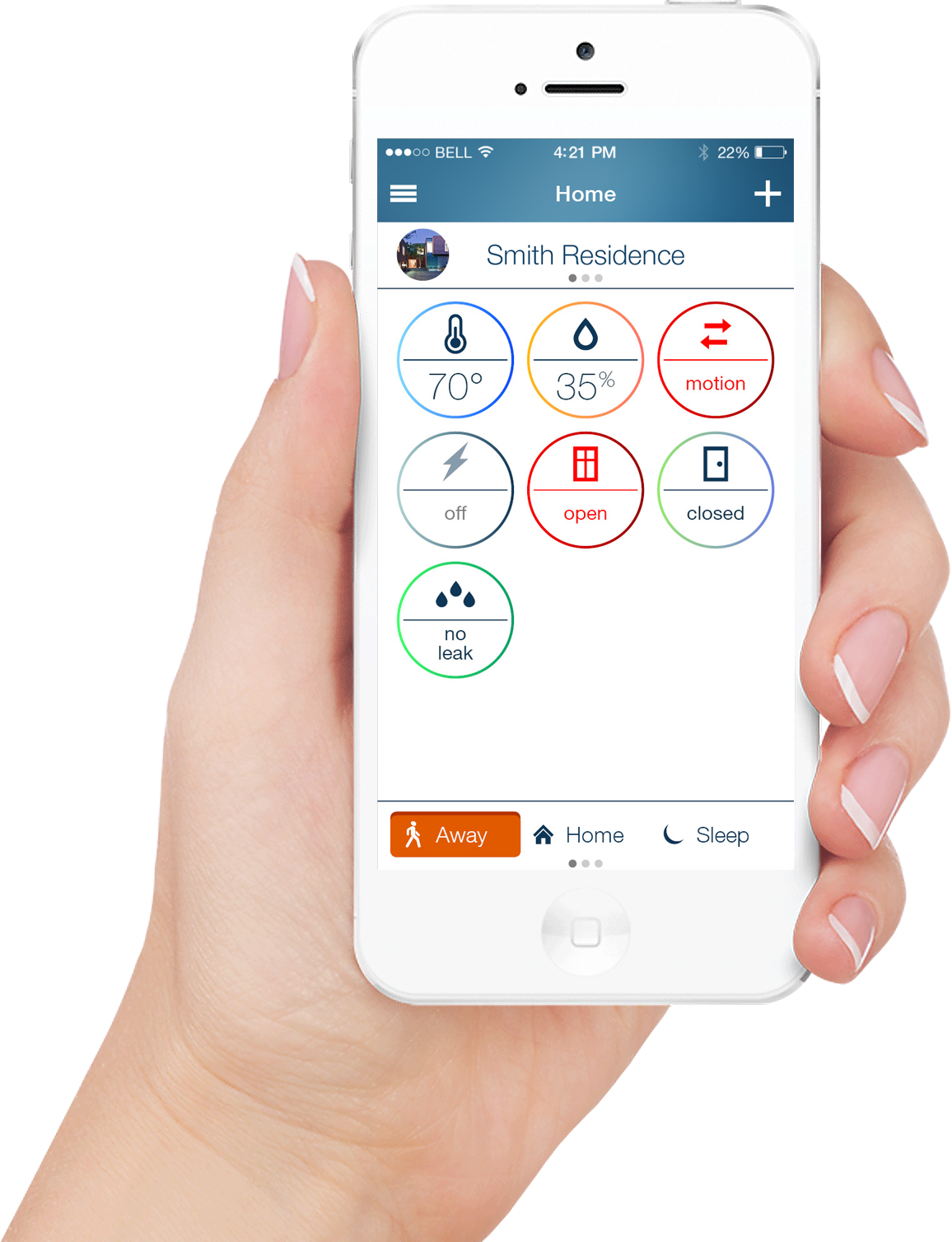 One of the advantages of SHaaS, is the consolidation of various smart services apps into a single, easy-to-use dashboard app which controls all the home’s smart services from a single interface.

Finally, connected home devices themselves are not smart. What makes them smart is the ability for them to share data, to be able to use a single sensor for multiple services, and for the service to do more than just act as a remote control or remote alert system.

For example, motion sensors in the home can provide a variety of services. During the day, when no one is supposed to be in the home, a motion sensor can function as a security system sensor. In the afternoon, when people are coming home, the same sensor can function as part of the climate control system. If no one is in a room, the system can turn on and off the AC or the heating as needed for that room – managing and saving power while making the home more comfortable. In the evening, the same motion sensor can be used as part of the lighting service, turning on and off lights as someone moves through the home. In many ways, this is like a personal Smart Home Butler who is trained to understand how a home should work and ensures that the household is run safely, security and efficiently.

The new Family Home system uses a small network of in-home sensors to gather data that can be analyzed to learn and monitor what is “normal” in the home.

By adding cloud intelligence, sensors now become part of a smart system. By learning how the home operates, where and when the occupants are at certain times, the home can learn what is “normal” for the household and then send alerts and take actions if something dramatic changes. For example, if a sensor citizen lives alone in the house, the smart system, learns what time the occupant normally steps out of their bedroom, what time they go into the bathroom, when they normally go into the kitchen, and when they usually leave the house. If something happens – i.e. they don’t get out of bed or they don’t leave, an alert can be sent to their family or to a neighbor or caregiver.

By entrusting service providers to develop, roll out and maintain these smart services – by implementing the Smart Home as a Service, the challenges of the smart home can be overcome and the market can once again rapidly expand as originally forecasted.