Ever since Apple’s first smart speaker, the HomePod, became available last Friday, the internet has been flooded with reviews from professional tech writers and early HomePod buyers. Scanning through the plethora of opinions offered online, there appears to be a general consensus that the HomePod is a very good speaker in terms of sound quality. Whether or not it deserves to be called smart is still up for debate though.

While most reviewers marvel at the HomePod’s ability to hear the user’s voice even when playing music at full blast, many criticize the apparent limitations of Siri compared to other smart speakers. To find out whether Siri on HomePod is objectively worse than other smart speakers, Loup Ventures has put four of them to the test. The company’s researchers directed 782 queries from different categories at each of the four competitors, trying to figure out which voice assistant really is the smartest.

As it turns out Apple’s HomePod does in fact lag behind the competition in this regard. While Siri understood 99.4 percent of all queries, it only answered 52.3 percent correctly, putting it behind Alexa, Cortana and Google Assistant. As the following chart illustrates, Google Assistant was the smartest of the pack in each of the tested categories, answering 81 percent of all questions correctly. 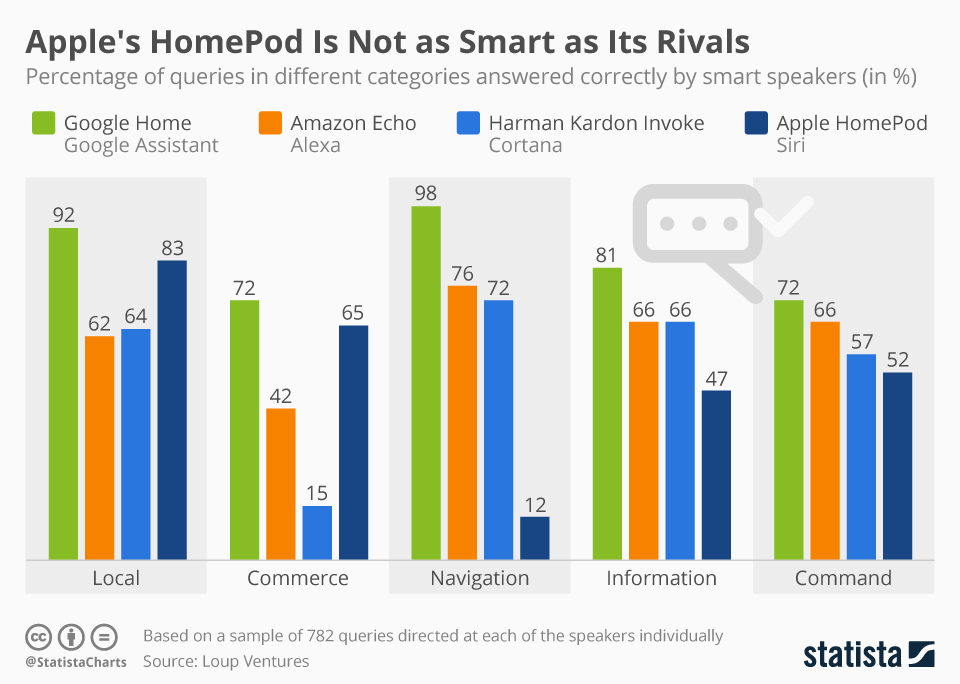