The new Moorebot Zeus Battle Robot kit includes the robot, wireless controller, battery and charger, as well as a library of mechanical design files for users who want to customize the robot armor with 3D printing with unique colors, shapes and designs.

Not only can users customize the appearance of their robot via 3D printing, Zeus provides an excellent opportunity to learn about robot development and programming by using the included programming tools and resources

Approximately 14 inches high and weighing in at 2.2 Kg, the Zeus robot was specifically designed for battle competition. The standard configuration is comprised of 22 Servo motors with up to 25Kg punch force each, with up to 32 motors for the next advanced version. All Servo motors are metal-geared for durability during battle and to sustain heavy forces. The punch speed can reach up to 150m/sec.

The heavy duty custom developed battery supports up to 50 minutes of continuous fighting. The product comes with many standard movements, with an additional graphical programming tool for users to customize more movements. The current version uses a manual wireless controller but future versions will be more autonomous using built in intelligence, computer vision and even Alexa or other voice control.

Designed for serious gamers and robot fighting enthusiasts, the retail price for the 14Kg punch force kit will be about $1600 USD. In addition, Zeus Robot and Pilot Labs will be sponsoring an international fighting Robot contest with big cash prizes. 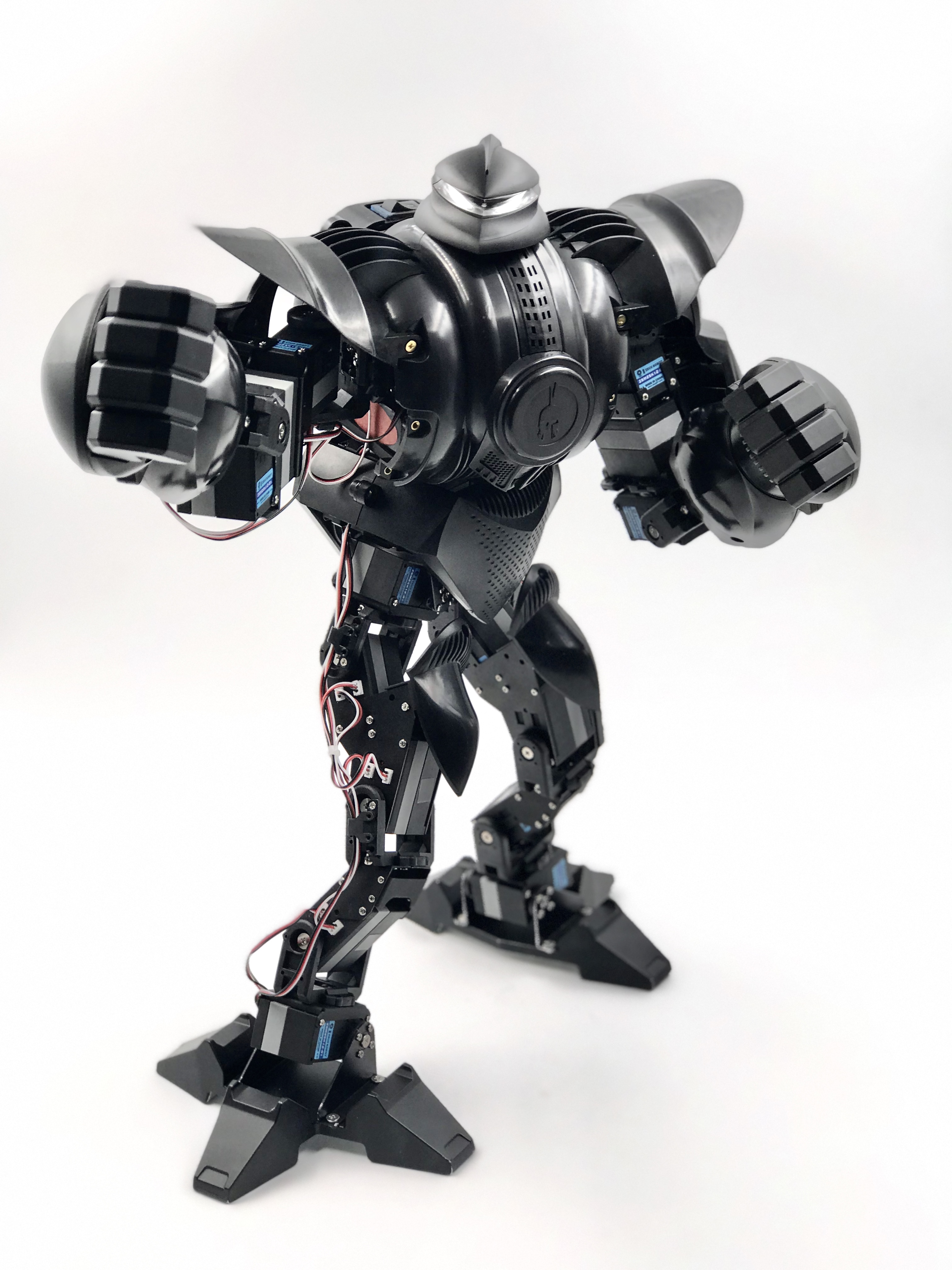