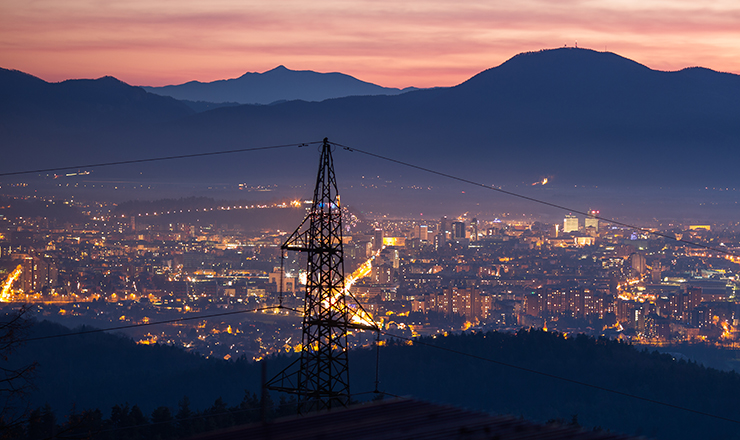 Globally, 1.3 billion people – 14 percent of the Earth’s population – lack access to electricity. Although developing countries are working to improve access for their citizens, the energy grid is shockingly unreliable even in industrialized countries. In August and September of 2020, California residents faced rolling blackouts. The problem is not power generation, but efficient and reliable power transmission from a centralized system.

New regulatory mandates in Mexico have established new grid codes – requirements for connecting decentralized power generators to the grid that will decrease losses in power transmission, making the power grid more efficient. Transmission losses occur when electrical energy is lost due to the resistance of transmission lines during transmission and at converter stations that convert energy generated by power plants.

The goal of such regulations is to develop and maintain a modernized power grid in the most efficient, safe and economical way possible while reducing energy losses during transmission. Other goals include improving low-carbon electricity generation and keeping electricity generation decentralized and closer to consumers.

In Mexico, the Energy Regulatory Commission (CRE – Comision Reguladora De Energia) issued a resolution called the New Network Code (Nuevo Código de Red). This new regulation contains new requirements for connection or interconnection to the National Electric System (SEN – Sistema Eléctrico Nacional). It mandates that the connection of the load centers should not negatively affect the levels of efficiency, quality, reliability, continuity and sustainability of the SEN. Aside from ensuring security and safe operation of the grid, these regulations focus on three main areas:

With this initiative, the electricity industry is being reformed by these initiatives in Mexico. Indeed, many nations around the globe are following Mexico’s lead and learning from this New Network Code. Since its adoption, similar regulations were adopted by India, Brazil and the European Union, (Commission Regulation (EU) 2016/631). Developing countries can implement these regulations and innovations largely because they are still building their electricity infrastructure, unlike the mature grids in the United States, the UK and Canada.

Because of the shortage of energy in Mexico, the country decentralized grid development and allowed private companies to produce electricity and connect to the grid. However, the New Network Code sets forth strict guidelines to harmonize the requirements for generation, demand and HVDC facilities that are connected to the grid.

Private-sector companies provide most of the country’s cumulative installed power capacity of 95.4 GW  with an expected CAGR of more than 3% during 2021 – 2035.  A decentralized system will reduce the likelihood of widespread outages, as a power outage at one of multiple power generating sources will have a minimal effect on the entire grid.

Unfortunately, at the beginning of 2020, 9 out of 10 Mexican power-generating companies were at risk of being disconnected from the SEN due to non-compliance with the New Network Code. Large fines face others who do not provide the high-quality, consistent-voltage electricity required, or if energy losses are beyond certain thresholds.

This presents a large opportunity for engineers to develop solutions that not only aid organizations to become more compliant, but also provide needed energy throughout the world.

Central to the New Network Code are load centers. Because it is problematic to store significant amounts of electricity, the amount of electricity generated and fed into the overall electrical grid at load centers must be carefully matched in terms of voltage. Inconsistent electrical transmission with unpredictable spikes in voltage affect the integrity of the entire electrical grid. This is a crucial issue in most decentralized grids in developing countries.

For example, inconsistent voltage in transmission can damage sensitive equipment in hospitals, data centers, universities and military equipment. Such equipment is crucial to the long-term development of a countries’ scientific development, economic growth, healthcare systems and overall security.

This becomes even more problematic when electricity is produced from vastly different sources. For example, wind, solar, geothermal and hydroelectric all produce electricity at different rates and voltages. In addition, individual decentralized power generating stations have a higher potential to be impacted by war, hurricane, drought and other environmental conditions. This type of cellular power generation network must be taken into account when evaluating the required power quality and consistent voltage needed by the consumers of electricity.

As a result, it is crucial that load centers employ high-voltage direct current (HVDC) or voltage-source converters (VSC) to provide constant and consistent DC voltage. These converters not only reduce the fluctuations in voltage but reduce losses of electricity across longer distances.

When electricity is transmitted over long distances, there can be substantial power losses that occur. Consequently, the transmission of electricity from power plants must be introduced into the grid at high voltages of 200 to 500 kV using direct current (DC) rather than alternating current (AC). DC is easier to control than AC, which helps with the interconnection of grids that have unsynchronized and inconsistent voltages at power generation plants.

Unfortunately, achieving stable voltage in HVDC systems is difficult. As with any long-distance transmission, voltage can become unstable across long distances. This instability can damage distribution systems, power infrastructure, transport and industrial equipment, not just sensitive equipment used by the consumers of electricity.

Load centers employing power capacitors with high current capability are more likely to be compliant with regulations as such solutions decrease the possibility of significant voltage fluctuations and surges. Power capacitors may also be used at converter stations to ensure the transmission of consistent voltage.

Such power capacitors are critical components to the converting of AC to DC, transmitting the power between HVDC converter stations and converting the DC back to AC so that electricity can be fed into the power grid. Power Capacitor Solutions enable more remote and environmentally-friendly, renewable power generation providing more efficiency with fewer losses.

Advances in power capacitors technology includes flat winding technology, which allows the capacitor to be self-healing and contributes to efficient power transmission. For example, TDK’s MKK DCi-R power capacitors allows a volume fill factor of about 95 percent to be achieved with a maximum capacitance exceeding 10,000 microfarads, indicating a very large ability to store electric charges. This energy density is about 10% higher than other technologies.

By ensuring the integrity and consistent transmission of electricity, load centers and converter stations that employ such HDVC systems, power capacitors, capacitor banks and harmonic filters can maximize resources, minimize electrical losses and provide stability. In doing so, engineers at both public- and private-sector companies can increase innovation, stability and efficiency, while ensuring compliance to the New Network Code.